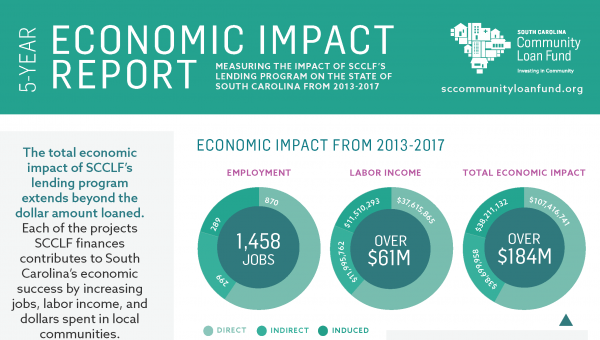 This month, SCCLF released our first five-year impact report examining the impact of our lending program on South Carolina’s economy from 2013-2017. Understanding that the total economic impact of SCCLF’s lending program extends beyond the dollar amount loaned, this study sought to quantify the longer-term economic impact of the projects we finance on the communities we strive to serve. Through this study we learned:

The study was conducted by SCCLF staff with assistance from IMPLAN economists, and the results are based on data provided by SCCLF borrowers. More information on the modeling and methodology used is available in the report one-pager.